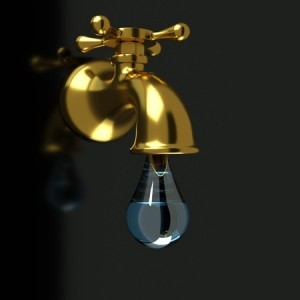 If you’re thinking about repairing or replacing your kitchen faucet – here’s a few things to consider. Lately I’ve replaced several, and repaired some as well. When it comes to repairs, often it  boils down to replacing the cartridge. Manufacturers like Delta and Moen have very good systems in place to get you a new part, OR you can sometimes just walk into your local hardware box store and swap out the part for free.

I repaired a faucet recently that had a slow leak from the handle, even though it was shut off. It appeared the water was pretty hard in the home because there seemed to be some good lime deposits on the faucet. The culprit was likely lime scale holding open the water supply, because a proper seal could no longer be made. Taking out the cartridge and soaking it in CLR, may have worked, but I replaced it instead and problem solved.

Replacing a faucet is usually straightforward in situations where there is good access under the sink. The cost adds up when there’s no water supply shut off under the sink, there is a waste disposal unit, or you have a cupboard that requires a divider to be removed. What seems to be a quick job can stretch to several hours with these extra items.  On one occasion I removed the waste disposal for access and found out the drain pipe was completely rusted through, so a trip to the store for a new one added to the cost.

If you want to DIY, here are a few things to look for:

– Make sure the base plate of the new faucet is at least as wide as the old faucet. Older units sometimes have bolts holding them down which means there will be extra holes in your counter top. Just placing the straight faucet on the counter with no base plate won’t work here because the extra holes will still be there. Newer faucets usually just have a single bolt in the middle for securing under the counter. 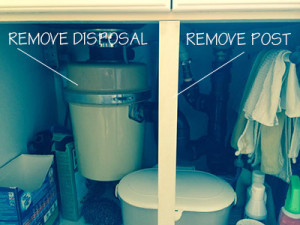 – No matter how svelte you are, you won’t be able to squeeze under the sink if there’s a post and a disposal in the way, they will both have to be removed. Also, inspect the coupler that connects the disposal to the drain as it can sometimes be rotted out. 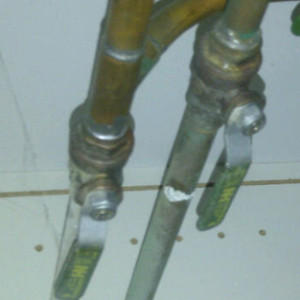 – Shut off valves make a repair much faster. Yours may not look like these heavier duty valves found in a condo unit.

– Do you have the tools to get into that tiny space between the back of the cupboard and the back of the sink? It’s a pretty tight fit, and if all you have is an adjustable wrench, you’re not going to able to undo the nut. Newer faucets often come with a plastic installation tool for this purpose.

This article describes a “cartridge” faucet, but there are several other types > rotary, compression and ceramic disk.  You will have to do some web surfing and research at the hardware store to determine the type you have.